KeyPath is a type that represent a references to properties. At some level, it is a kind of metaprogramming. It might not be obvious how we can fit this language feature into our code.

By learning about the key path, you open up yourself to an opportunity to improve your existing API or even create a new one that you don't aware you can do it. You might not get it right away, but as you see more and more use cases, in the end, you might be able to find an opportunity to use them in the future.

Let's see what KeyPath is and what it has to offer. 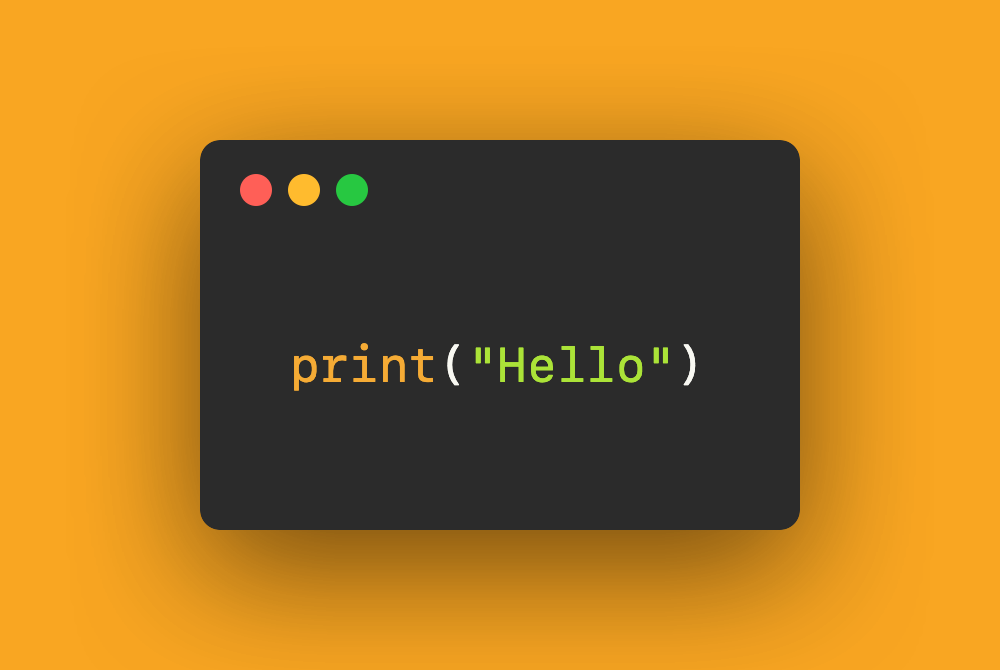 KeyPath is a type that represent a references to properties and subscripts. Since it is a type, you can store it in a variable, pass it around, or even perform an operation on a key path. We can use a key path to get/set their underlying values at a later time.

Let's create a few structs, which we will use as an example.

1 We declare a User struct which stores name, email, address, and role.
2 Address is a struct that keeps the information about the address. For brevity, we only have a street name.
3 We have all possible roles as an enum, Role. It also holds a computed property that returns an array of Permission that particular have.
4 Permission is an enum of all possible actions a user can make.

The type name is the name of a concrete type, including any generic parameters if the types have one.

Here is an example.

Like most things in Swift, type names can be omitted in contexts where type can be inferred.

In the following example, type name can be inferred from the explicit variable type, so we can leave the type name blank. Notice that we still need \ and ..

The path can be property names, subscripts, optional-chaining expressions, and forced unwrapping expressions. Basically, everything that we usually use when reference value on an instance object/struct.

Path can be repeated as many times as needed, and it can also refer to a computed property name.

To convert a normal reference to a key path, we replace any class/struct instance with a backslash (\) followed by that instance type.

Swift has five key path types, but we can categorize them into two groups based on their functions.

We have three read-only key paths.

I will only focus on three basic types of key paths in this article.

We won't talk about ParialKeyPath and AnyKeyPath here since it is another type-erased variation of KeyPath.

How can key path type inferred

In the last section, when we construct key paths, you can see that we only get KeyPath and WritableKeyPath.

An example from previous section.

How can the key path type be inferred? The answer to this is easy. It infers from the properties/subscripts and a root type.

Once you know the rules, let's get back to our example.

We declare every property with let, so we get KeyPath as a result.

first and debugDescription are read-only computed properties, so we also get KeyPath as a result.

We get WritableKeyPath when reference array subscript because it is a read-write subscript (get/set).

If we change the name property to var, we will get WritableKeyPath when reference \User.name.

If we change User to class, key path to var and let will be ReferenceWritableKeyPath and KeyPath, respectively.

Now that we know how to create key paths. Let's see what we can do with them.

A key path refers to a property or subscript of a type, so its only usage is to read/write to that property/subscript using the key path.

To access a value using a key path, pass a key path to the subscript(keyPath:) subscript, which is available on all types. You can use it to read or write based on the type of a key path and an instance.

Her is an example of using key path to read/write to user.role.

One thing to note here is that even with WritableKeyPath, your struct still needs to be var to be able to write. Try to set a new value on a let value would cause a compile error.

WritableKeyPath can use on both let and var for reference types.

Constructing a key path using unsafe expressions can cause the same runtime error as using them on an instance.

We also have a special path that can refer to a whole instance instead of a property. We can create one with the following syntax, \.self.

The result of the identity key path is the WritableKeyPath of the whole instance, so you can use it to access and change all of the data stored in a variable in a single step.

Key paths seem like another way of reading and writing value out of an instance. But the fact that we can treat an ability to read/write a value in the form of a variable makes the use cases broader than read and write.

It is okay if you can't think of any use cases of key paths. As I mentioned initially, it is a kind of metaprogramming that is needed for some specific scenario.

It is quite hard to tell you exactly where you should use the key paths. I think it is easier to show you where they are used. If you have seen enough use cases, I think you will eventually know where you can use them (or don't).

Here are some places where key paths are used in real API.

In SwiftUI, we can create views from a collection of Identifiable data. The only requirement of the Identifiable protocol is a Hashable variable named ID.

1 Use name to uniquely identify user. This is for demonstration only, you should use something more unique for an ID, or bad things will happen with your list.

Identifiable is a protocol to uniquely identify an item in a list. SwiftUI also provides an alternative initializer using a key path.

Instead of forcing data type to conform Identifiable protocol, this alternative initializer let data type specified a path to its underlying data identity.

1 User no longer conform to Identifiable protocol.
2 We specify path to property that can uniquly identify User struct.

Instead of using a protocol to define a common interface for getting some value, we can use a key path to inject that value instead. Keypath provided a way to transfer read access to other functions.

The interesting point here is the ability to reference to read/write access resulting in the equivalent functionality as Identifiable protocol. The scope of key paths can be broader than just read/write.

We can also look at a key path in the form of function.

The key path expression \Root.value can represent as a function with the following signature (Root) -> Value. Let's see how this conversion work.

In this example, we try to map user names out of an array of users.

map(_:) has the following signature. It accepts a transform parameter closure with array element (Element) as argument and return type that you want to transform to (T).

Let try it without a key path.

In this example, map(_:) accept a parameter of function (Element) -> Value. Based on our claim, we should be able to use a key path expression \Element.Value instead. Let's try to create a new override of a map that takes a key path instead.

As you can see, we can create an equivalent implementation for a function that expected (Root) -> Value with a key path of \Root.Value. In Swift 5.2, we don't even have to do the conversion ourselves. This functionality is built right into the Swift under this proposal.

As a result, a key path expression \Root.value can use wherever functions of (Root) -> Value are allowed.

We use the short form of closure ($0) in the above example. You can read more about this topic in Different ways to pass a closure as an argument in Swift
.

Again, a key path shows it can do much more than access a value. It is even replacing a function call in this case.

The concept and syntax of a key path are easy to understand, but the difficult part is to know when and where to use it.

On the surface, it is just a way to access a value, but as you can see in the use cases, scopes of a key path can be broader than that.

7 ways to pass a closure as an argument in Swift

There are many ways we can satisfy a closure argument. Some of them do not even look like closure. Let's learn all of them in this article.

Equatable and Hashable are two essential protocols in the Swift world. Let's learn an old Swift feature that you might forget.