In Xcode 12, Apple finally added support for SVG image assets. Under the hood, it works the same way as PDF format that serves us for all these years. Despite no obvious technical benefit, this change brings a lot of side benefits.

Finally, we can use the same vector format that has been used across designer spaces. Do you remember the first time you told a designer you want PDF format for your image assets? It is nothing wrong with PDF format, but it is just not a format that most people use to represent vector images.

Your designers don't have to export and maintain an extra format for iOS anymore.

Remove the need of designers or converting tools #

Most vector stock out there only supports SVG. In the past, you might need to beg a designer or find a tool to do a conversion, but this would be no longer a case.

Most of the time, SVG are smaller than PDF. So, your codebase would be smaller.

You can treat it the same way as PDF format. Drag the file into your Assets Catalog and change the Scales value to Single Scale.

Added support for Scalable Vector Graphic (SVG) image assets. These preserve their vector representation with deployment targets of macOS 10.15 or later, iOS 13 or later, and iPadOS 13 or later. (18389814)

The SVG support is backward compatible.

If you look closely at the release notes, the function that required those deployment targets is Vector data preservation. If you don't need to scale your image in runtime, you can safely convert all your image assets to SVG.

If your assets don't use this Preserve Vector Data, you can use SVG format without restriction.

SVG Support is a welcoming change that you might have missed during WWDC 2020. This small change brings a lot of hidden benefits to the platform, and the best thing is you can start adopting it right away (with limitation, of course). 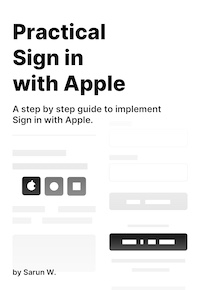