Part 4 in the series "Tuist templates and how to use them". In the final part, I want to wrap up everything by telling you my guideline on the difference between init and scaffold command, which I have a hard time figuring out when I have first known Tuist.

The template is a manifest file which use to generate files. It can be static and dynamic. Both init and scaffold commands use a template to bootstrap projects and modules. The template doesn't know which command is going to call it, so it has no such thing as a template for init or a template for scaffold. 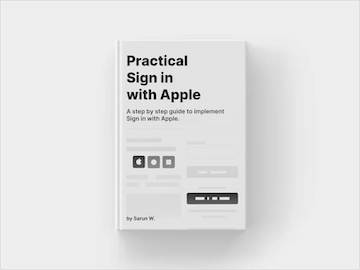 What is the difference between init and scaffold

The only difference between the two is the purpose of using template files.

Technically both commands can use the same template, but just because you can doesn't mean you should. You should respect the tool and be a good Tuist citizen.

How should we craft a template for init and scaffold

Since we can use init and scaffold commands interchangeably, the only difference lies in the templates. So, the real question is how we should create a template for them. As I mentioned before, Tuist doesn't have any restrictions, but I think there are conventions that we should follow.

Should a template generate Project.swift

Init: Yes, since we use the init command to bootstrap a new project and Project.swift is a core of Tuist, your template should generate that file for users. So users can run tuist generate and begin the development right away.

Scaffold: No, the scaffold is for an ongoing project. That's means we should already have Project.swift already.

Should a template generate Tuist components

Init: Yes, if you have any helpers or config that you want to use, it is a good idea to generate it all together at the start.

Scaffold: No, the scaffold is mean to spawn new application components, not the project components. Generate Tuist-related components doesn't fit here. If you want to create helpers for your scaffold, you should create it manually or embed it in the init template.

Should a template generate project components

Init: Yes, you might want to create boilerplate files on a new project, e.g., .gitignore and README.md. This is what you can put in the init template.

Scaffold: No, we should have that files in place already.

Should a template generate source files

Scaffold: Yes, the template should create files for new components and features.

What attributes should a template have

Init: There is not enforced by the command, but I suggest you consider having name and platform so it aligns with the official template.

There are no real guidelines here, and these rules are just from my observation. I hope it can help you get started with Tuist and remove some confusion between these two commands.

Tuist scaffold: How to use the Tuist template to create a new module for an ongoing project

Learn how the scaffold command helps you to bootstrap new components or features such as a new VIPER module or a new framework for your new feature.

Tuist Template Scaffold Xcode Development
Tuist init: How to use Tuist templates to bootstrap your project

Learn how to use, and limitations of tuist init, a command that bootstrap a new project.

The template is a way to group repetitive code structure into a reusable component. You will learn how to create them in this article.

Learn how to use aspect fit and aspect fill content mode to fit your image to its bounds.

Next How to initialize @StateObject with parameters in SwiftUI

@StateObject is an essential property wrapper in SwiftUI, but I found the way to initialize them is not obvious.